stoop, – noun A small porch, platform, or staircase leading to the entrance of a house or building. The American Heritage Dictionary of the English Language

The older residential neighborhood where I live was Boise's first "suburban" development, platted in 1878, and developed mostly between the late-19th and mid-20th century. It is no surprise that it bears little resemblance to the typical suburban residential developments built in the US in the past 50 years. The streets are laid out in a rectilinear grid, with sidewalks and mature trees inviting travel by foot and bicycle.

Although a few bungalows and cottages recently have been replaced by "McMansions", most houses are relatively small by today's standards. Unlike homes in many modern subdivisions, our front doors open directly to the sidewalk, usually only a few steps away. There is no long driveway to buffer us from the encroaching world. Instead there are stoops.

Originally introduced to American architecture by the Dutch in New York, a "stoep" was a covered porch with seats, but now the word refers to any porch, platform, or stairway at the door of a house. It serves as a transition, both social and physical, between the house and its landscape.

As these stoops invite you to enter a home, I welcome you to visit my neighborhood. You won't see any people in these images, but you will recognize familiar themes of home, daily life, and domestic adornment that are common to us all. 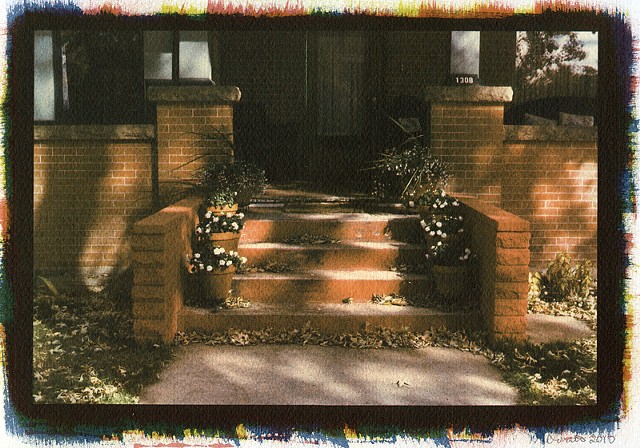 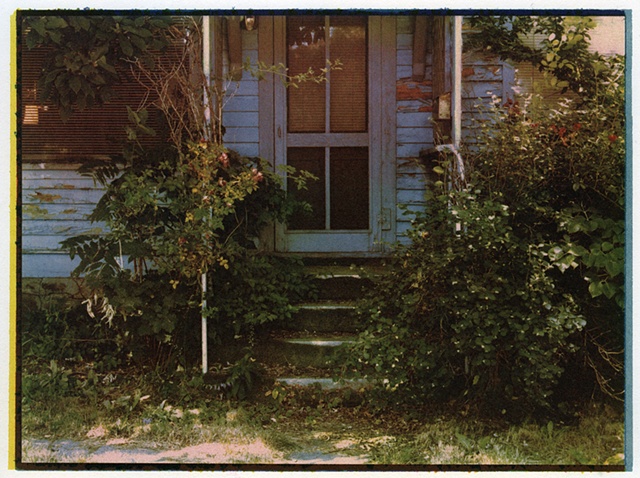 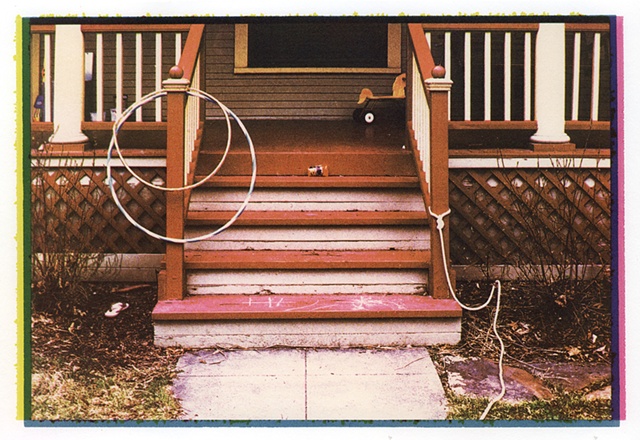 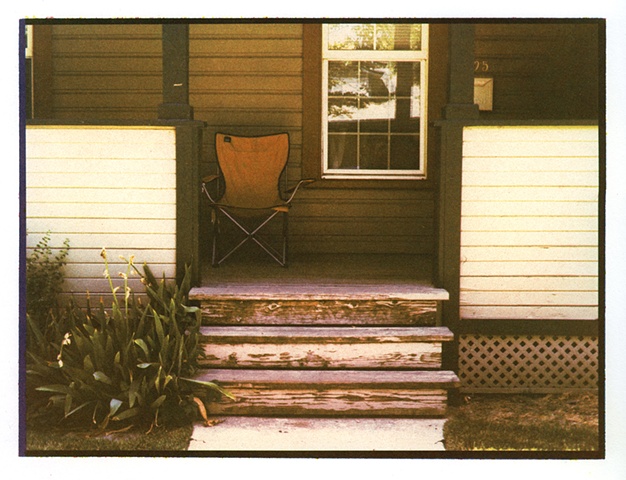 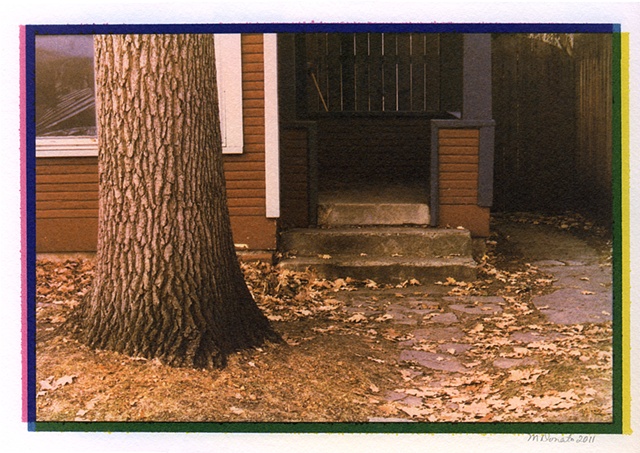 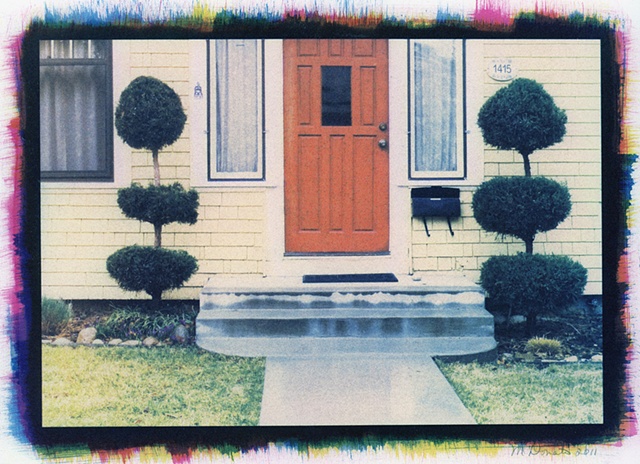 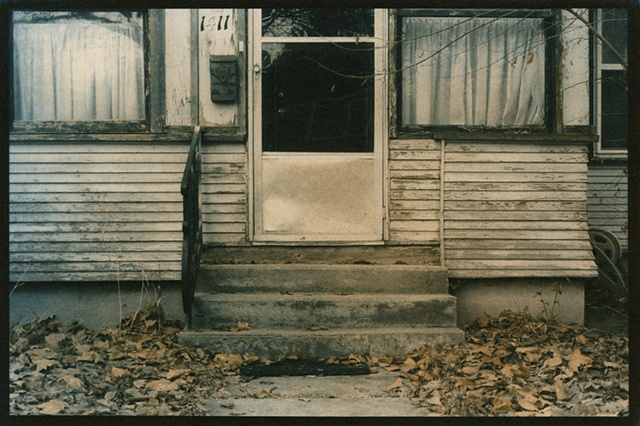 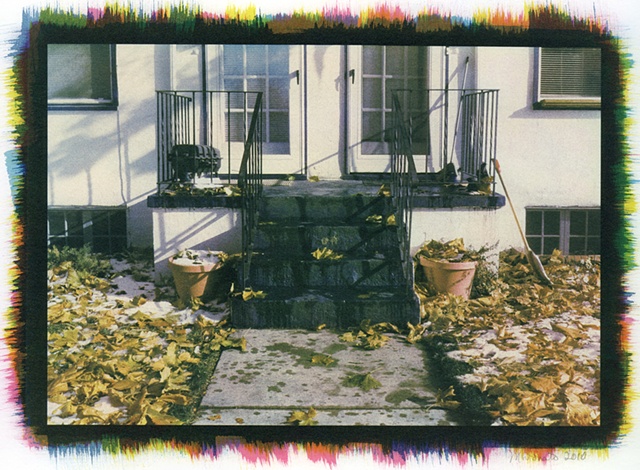 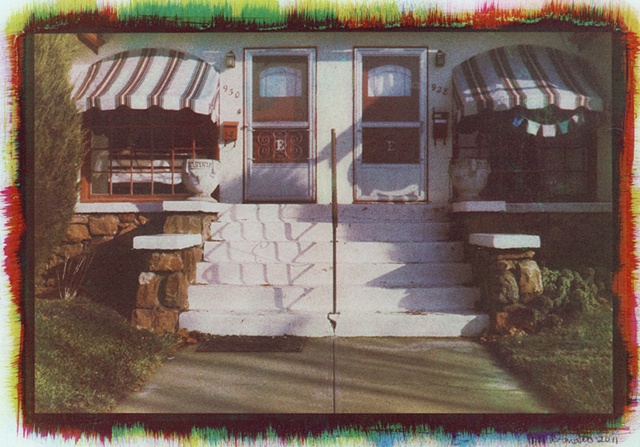 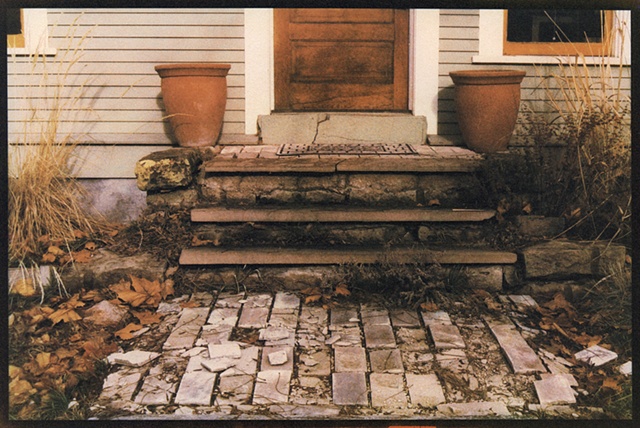 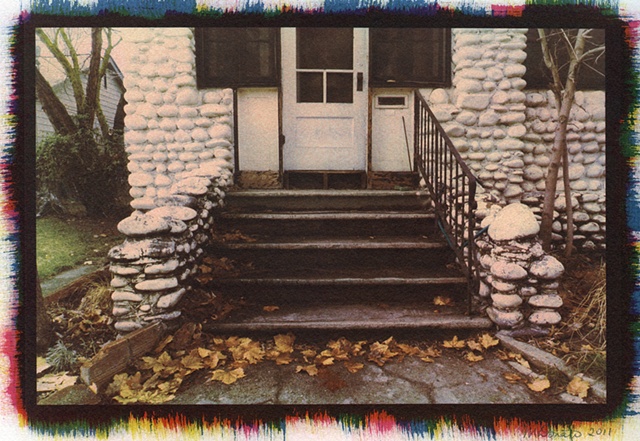 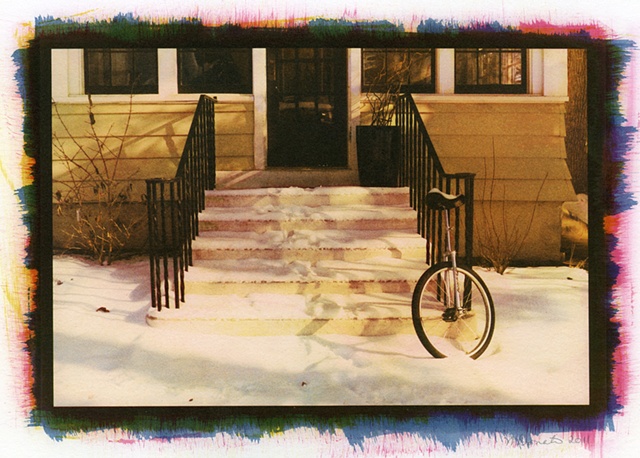 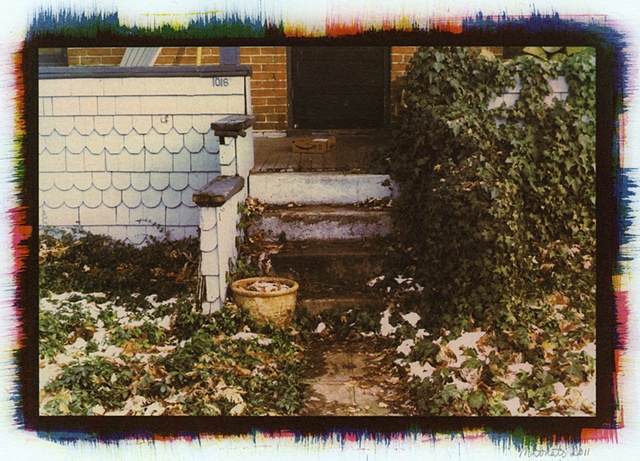 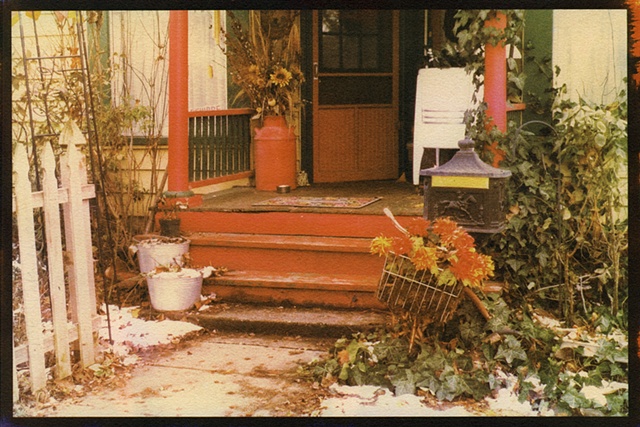 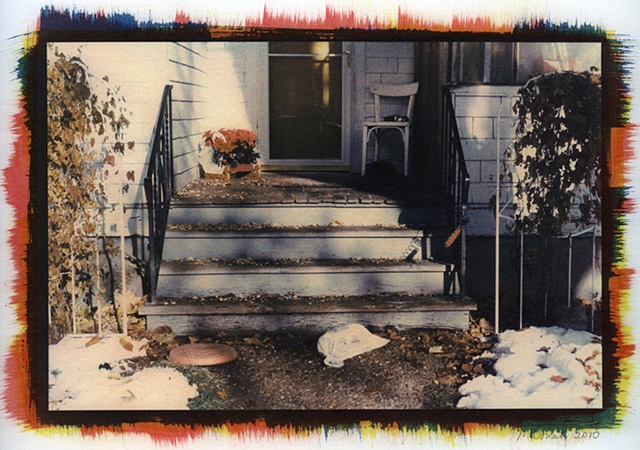 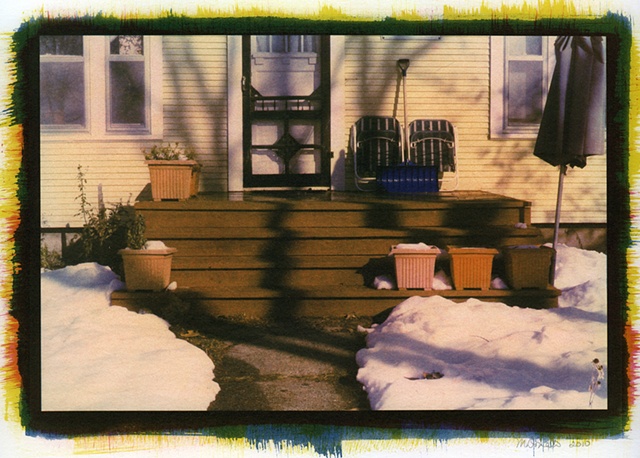 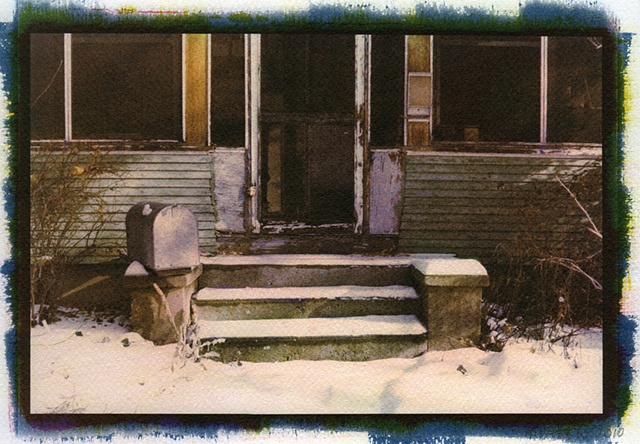 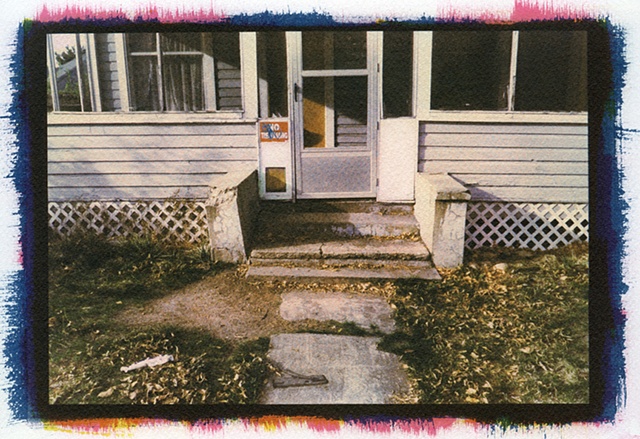 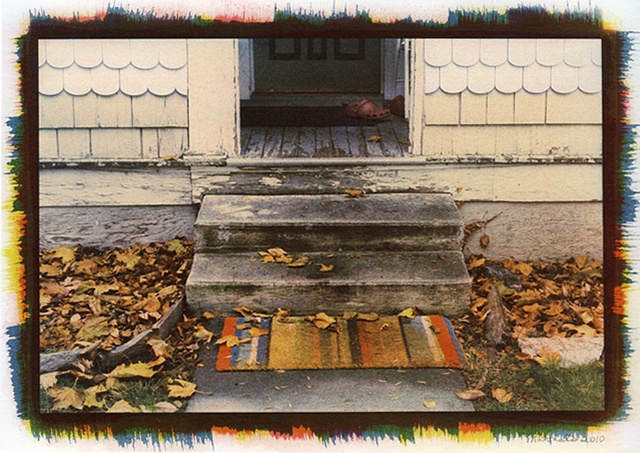 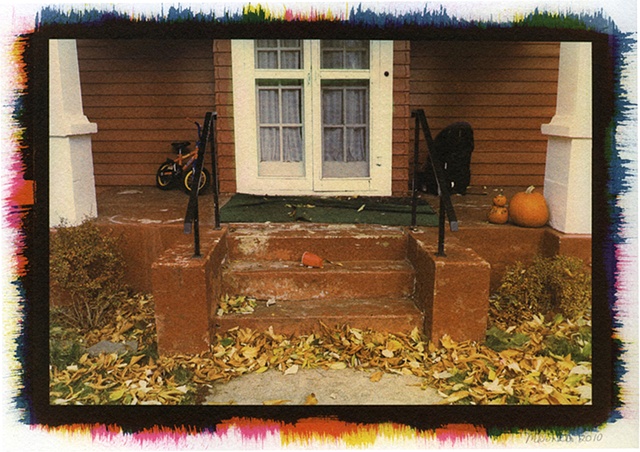 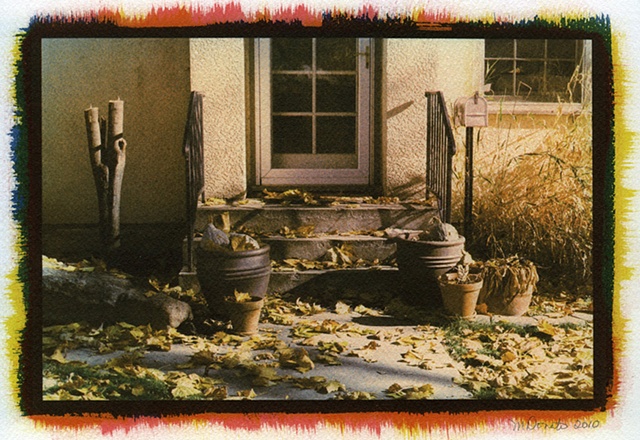 Stoop with Terra Cotta
7in x 10in 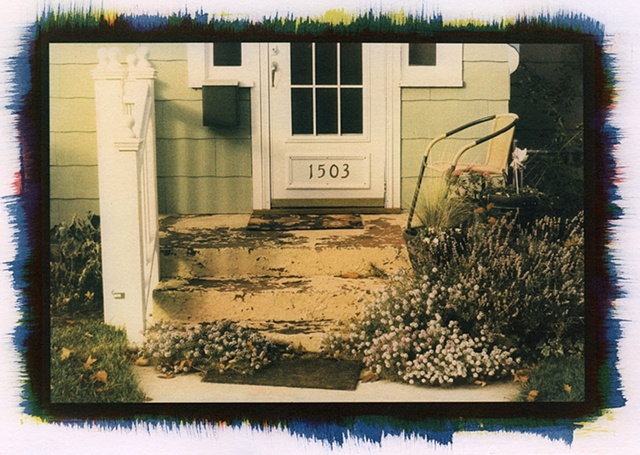 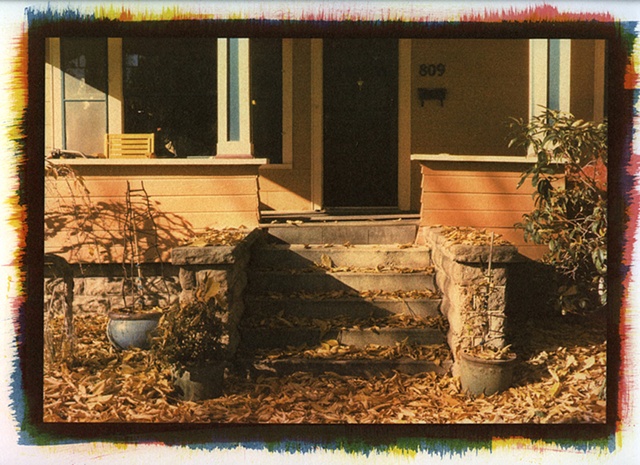 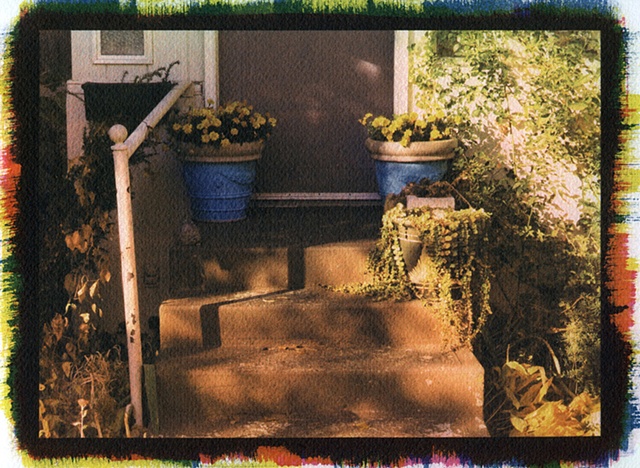 Stoop with Blue Pots
7in x 10in 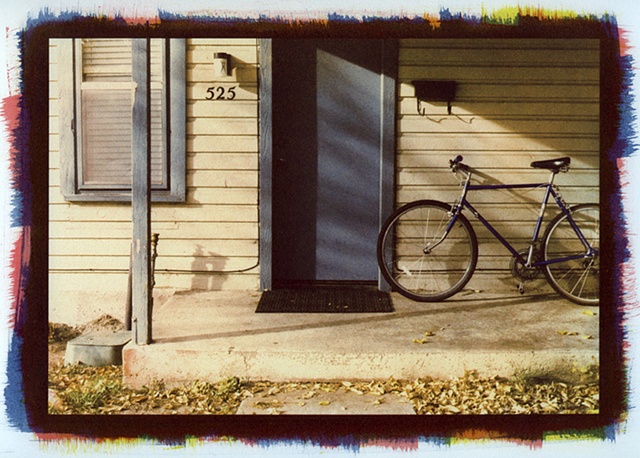